The combination of a killer head cold and the medication for said head cold has my thinking as jumbled as Jenga blocks in the tinker toy bin, so in lieu of the BRAND NEW banned books post I planned to finish for today, you get last year’s fabulous post, with some new pictures smacked in for good measure. And I get tea and bed. Thanks for reading!

Do you find it strange that we have a Banned Books awareness campaign in the United States? I mean, seriously, is this something we actually need to think about here and now? Most Americans realize that banning books is a thing of the past, or something that happens in far off countries ruled by oligarchs, despots and fundamentalists. Right?

Banned Books Week is a yearly effort sponsored in 2014 by many organizations including  the American Library Association, the National Coalition Against Censorship, Association of American Publishers, American Booksellers Foundation for Free Expression, National Council of Teachers of English, Media Freedom Foundation’s Project Censored, and the American Society of Journalists and Authors.  It raises awareness of past and current challenges to and banning of books and encourages us to celebrate our “fREADdom.”

As a book-lover, a writer, and a parent, this freedom is near and dear to my heart.

The idea that someone could tell me which books are off-limits to read makes me angry.

The thought that someone could tell me which stories to write makes me sad.

The fact that people are trying to control what MY CHILDREN can and can’t read – because their judgement on what is best for my children is somehow better than mine – now that makes me furious.

But it is still happening, all around us. The American Library Association keeps detailed records of all recorded challenges to books in schools and libraries.  (A challenge is a request to have material removed or restricted). Frequently challenged books in 2012-2013 include:

Over the past decade, more than 5,099* challenges were reported to the Office for Intellectual Freedom.

To me, this was news. And it was shocking.

So, what can we do as parents, educators, and lovers of both books and freedom? Here are 10 Family-Friendly Ideas:

2. Talk with your kids about censorship, the First Amendment,  and banned books.

3. Read a Banned Book together and discuss what might have motivated people to restrict it.  These are some great lists to choose from

4. Check out these videos of authors, celebrities and more reading banned books – and make your own video to share, too!

Courtesy of the American Library Association

5. Watch a movie based on a banned book or one about censorship. How about Fahrenheit 451, Footloose, 1984, Harry Potter or Charlotte’s Web?

6. Watch the documentary  Tell It Like It Is! (on Youtube in two, 7-8 min clips) about the dangers of book censorship.

7. Spread the word by adding a Banned Book Week graphic to your Facebook, twitter, or other social media accounts. Here’s the 2015 Twibbon link: http://twibbon.com/support/banned-books-week

8. Investigate censorship in your community by calling your local or school librarian and finding out if books have been challenged.  Find out how books are chosen – or not – for your kids’ suggested reading lists, class assignments and school/classroom library.

10. Try out some of the suggestions in these teacher’s guides and lessons plans to get kids thinking more about book censorship

I’d love to hear how you, your family, school or library plans to get involved with Banned Books Week. Thanks for reading! 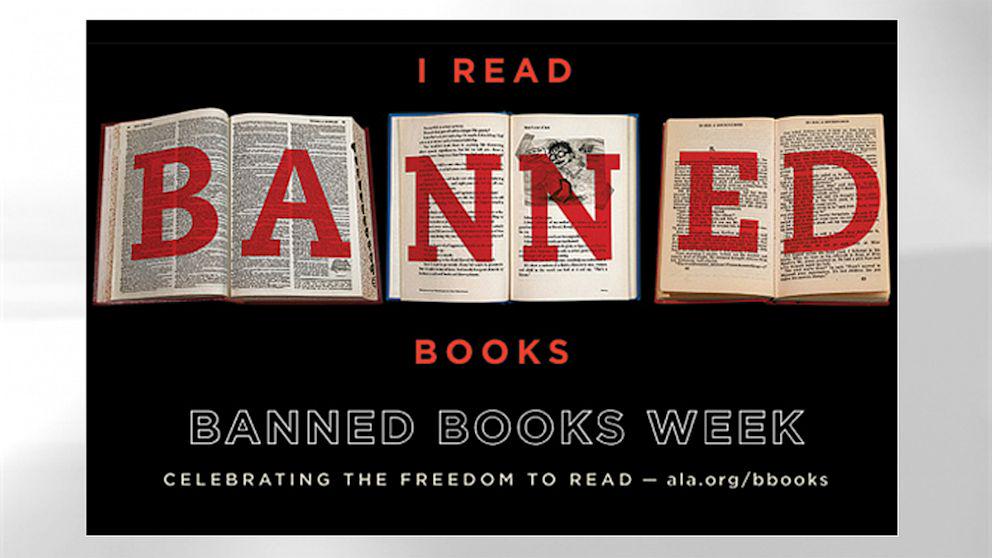